BIG ANNOUNCEMENT: Registration for The Intention Masterclass '22 is now open!

A fast track across the divide

Amid the rioting, the angry confrontations and the deep cultural divide sparked off by the brutal murder of George Floyd, two incidents stand out that fill me with hope.

He’d showed up with helmet and batons, but when other officers began trying to de-escalate the mood by putting down their batons he pulled off his helmet.
‘I want to be with you all for real,’ he said.  ‘I want this to be a parade, not a protest.’
He then asked what the people wanted him and the other police to do. ‘Walk with us!’ shouted one member of the crowd, which then started chanting in unison, ‘Walk with us. Walk with us.’
Chris Swanson said sure, and he did just that. And to this day there has been no violence in Flint, no fires, no defaced buildings. Swanson has connected with the African-American community and has made them a promise: to root out racism among the police force, there and elsewhere. And they trust that he means it.
The second incident occurred in London last Saturday. In response to some recent defacing of prominent statues in the capital, a group of counter protesters, largely made up of far-right groups, came to London to confront the Black Lives Matter protesters and ‘protect London’s monuments.’
At the South Bank, a white man named Bryn Male was involved in an angry altercation with the BLM crowd that was turning heated. Although some protesters were trying to calm things, others began to attack him and the crowd around him quickly grew.
When Patrick Hutchinson, a black personal trainer and grandfather from southwest London, arrived at the scene, he saw that Male was about to be set upon and possibly even stamped on by the crowd.

Without thinking, Hutchinson lifted him up and carried him in a fireman’s lift to safety while his friends formed a protective barricade around them.
Hutchinson shrugged off any suggestions that he is a hero. ‘I just did what I had to do,’ he said.
He’s also shrugged off questions about whether Male has contacted him to thank him (his son has said he would like to). ‘I’m more interested,’ said Hutchinson, ‘in what he has to say to me and my friends.’
From these two incidents, I’ve been thinking about the way that differing parties can learn to connect over these seemingly impossible divides.
I’ve seen this first-hand in a number of the Intention Experiments I’ve run, notably to lower violence in Jerusalem.
For those of you who haven’t heard about this, I was able to use a study in southern England with the technological capacity to create a two-way communication flow between a facilitator sitting in the studio and audiences in nine different locations anywhere in the world.
We’d arranged for cameras and monitors to be placed in hotel conference rooms, each full of Arabs, in various cities in Saudi Arabia, Kuwait, Abu Dhabi, Oman, Bahrain, Jordan and Tunisia.
The ninth camera and monitor was placed in Gerard Bechar Center in Jerusalem, where hundreds of Israeli Jews would be gathered together for a special one-day peace event, culminating in our experiment.
All nine rooms were displayed on my screen, and my feed was visible to all nine audiences so they could observe me running the experiment. The entire experiment and its aftermath were also beamed live to other participants from all over the world via my YouTube channel.
All of us came together to send intention to the Old City of Jerusalem, which was suffering increasing violence of late. We chose the site as a symbolic gesture of peace because it is the spiritual heart of Judaism, Christianity and Islam, a place that belongs to the entire world without preference for a single faith.
The technology was interactive; I could call on people from any one of the nine audiences, at which point their screen would be shown to me and the other eight locations, with each group able to speak to me and to the people in the other eight windows.
‘You have no idea how revolutionary this is,’ one Saudi woman remarked to me. ‘We have never seen Israelis. We’ve been taught to believe that they have horns coming out of their heads.’
Both Arabs and Jews were crying and laughing as they recognized the common humanity in each other. A woman from Abu Dhabi said she had seen visions of Israelis dancing with Palestinians during the experiment.
A woman from Jerusalem described her visions of Israeli soldiers hugging Arabs, and another envisioned a wedding with an Arab man dancing with a Jewish woman.
‘I love you, I love you so much,’ said Fatima from Jeddah in Saudi Arabia to the Jews in Jerusalem, blowing them kisses. ‘Your God is my God.’
‘It’s so overwhelming, the possibility of being connected with you, our sisters in Amman and Damascus and in Iran and all over,’ said Lily, speaking for several Israeli women’s peace groups. ‘We are hundreds of thousands of women here, saying “Enough!” It’s a time of compassion. It’s a time of healing. Thank you, dearest sisters, we are one.’
News of the experiment broke immediately all across the Middle East. The Twitter feed of a prominent parliamentary member in Kuwait acknowledged the experiment as a wonderful mechanism for promoting peaceful relations. As Time Out Israel wrote, ‘While peace in the Middle East is neither black nor white, it’s the small efforts like this meditation event that slowly start to make a difference.’
Perhaps these experiments carry one simple truism: To solve a seemingly intractable political or cultural situation, the fastest and most effective way forward in a war zone may not be through the military, politics, diplomacy or even economic initiatives.
All you may need are people coming together as a group and praying – or even parading – as one.

14 comments on “A fast track across the divide”

On tearing down the past 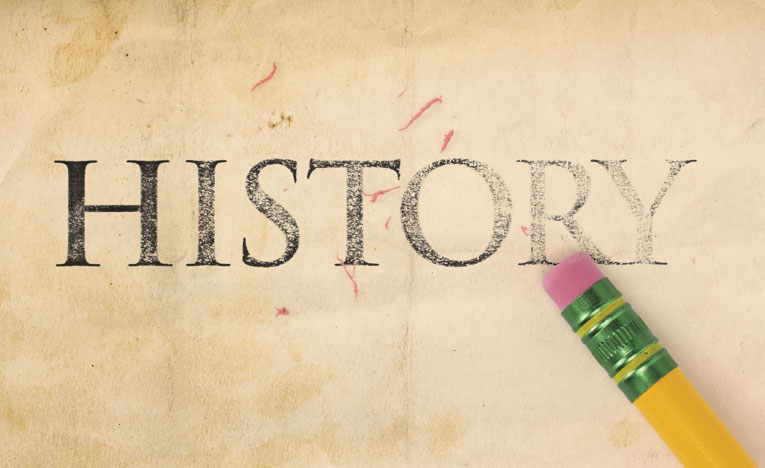 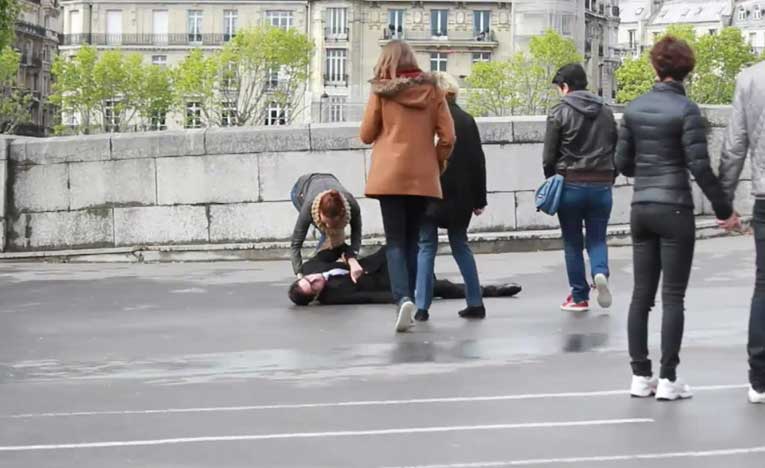