The Results of the 9/11 Peace Intention Experiment

At long last I have got hold of solid data from our 9/11 Peace Intention Experiment to share with you, after a two-and-a-half month search, high and low – that led me inside the US government, the United Nations, the combined Allied Forces and finally, via surreptitious channels, the British Army. For these kinds of projects, my background as an investigative reporter always comes in handy.

As you know, the 9/11 Peace Intention Experiment was devised to mark the 10th anniversary of 9/11. Instead of revisiting those terrible images we wanted our acknowledgement of the date to provide a genuine new Twin Towers of East and West in communion and solidarity for peace.

At long last I have got hold of solid data from our 9/11 Peace Intention Experiment to share with you, after a two-and-a-half month search, high and low – that led me inside the US government, the United Nations, the combined Allied Forces and finally, via surreptitious channels, the British Army. For these kinds of projects, my background as an investigative reporter always comes in handy.

As you know, the 9/11 Peace Intention Experiment was devised to mark the 10th anniversary of 9/11. Instead of revisiting those terrible images we wanted our acknowledgement of the date to provide a genuine new Twin Towers of East and West in communion and solidarity for peace.

Toward that end, we invited Dr Salah Al-Rashed and his community of tens of thousands of Arabs throughout the Gulf states to join us in the West over eight days, starting September 11, in sending intention to lower violence in two southern provinces in Afghanistan, Helmand and Kandahar.

This time our 9/11 Peace Intention Experiment attracted participants from 75 countries, from Iceland to Brazil, from California to Indonesia, and also every Arab country on the planet. All of us joined hands and hearts during those eight days to jointly apologize for first, from the Arab perspective, in allowing 9/11 to happen and then, from the Western perspective, in allowing the outsize military response to 9/11, resulting in the deaths, detaining, deportment and displacement of hundreds of thousands of innocent civilians.

After our experiment ended in September 18, after which we had to embark on a patient three and half month wait, to allow events to unfold over the rest of 2011 so that we could determine whether our intention had any effects.

My original source of information was unable to get hold of the figures I needed, so since New Year, I have spent 11 weeks hounding officials inside the US State Department; UNAMA (the United Nations Assistance Mission in Afghanistan), which tallies civilian casualties; the Afghanistan government; various departments inside NATO, which referred me ultimately to the International Security Assistance Force (ISAF), the combined-forces mission inside Afghanistan.

This was a tortuous process. Most of the agencies would not release all of their data – ISAF had no tabulated information they were prepared to release about military casualties, but they had plenty of data about their enemy’s attacks and civilian casualties. UNAMA had monthly data about individual sections of the country for 2009 and 2010 – but not for 2011.

As ISAF’s official spokesman, German General Carsten Jacobson told me, any statistics on military fatalities aren’t reliable, because once a soldier is wounded he usually is transferred back to his home country, and the combined army usually doesn’t get info any further feedback about whether he has lived or died.

At one point, ISAF actually referred me to the anonymously created www.icasualties.com, a website that has tracked casualties in Aghanistan and Iraq since the wars began (‘They’re accurate to within 10 per cent,’ declared Jacobsen). Nevertheless, after I began my search, the the website mysteriously appears to have shut down.

In the end we analyzed numbers from official UN and NATO reports, which provided data for civilian casualties, enemy initiated attacks in general and those in different sections of Afghanistan, including the south, the target of our intention. There were also data on improvised explosive devices (which includes mine strikes), the principle means by which Afghan insurgents execute strikes against the NATO military and the cause of more than 60 per cent of civilian casualties (at least according to ISAF).

My source in the British army also supplied me with British casualties, fatalities and military field hospital admissions, and maywill soon supply some data specific to the southern provinces.

For all these figures, we were looking at what happened in September and the two months afterward, as compared to what had happened in the months before our intention. In many instances, we were able to compare it to figures for the two years before.

For civilian casualties, according to NATO statistics, 440 civilians were killed in August 2011. That casualty number dropped to 340 in September and continued dropping over October (290) and November (201), representing a 22 per cent, 14 per cent and 30 per cent drop over the months before, respectively.

In all, our September to November 2011 represented an average 37 per cent drop in civilian casualties, as compared to the number of casualties in August 2011.

In terms of British casualties, although field hospital admissions (86 in the month) were up by 25 per cent in August 2011, they dropped to 74 in September (a 14 per cent drop), remained an identical figure in October and dropped an additional 5.4 per cent to 70 in November.

Actual deaths of British soldiers (a handful every month) are too few to have much statistical power. Nevertheless, there was a downward trend from August through October.

In terms of attacks by the insurgents, NATO figures show that attacks with explosive devices dropped from 750 in August to 610 in September (a percentage change of 19 per cent) and stayed steady in October and continued to fall another 9 per cent to 560 in November and 21 per cent more in December (440).

This final figure is 16 per cent lower than the average attack rate from Sept 2009-December 2011.

Perhaps the most interesting downward trend was in overall initiated attacks by the Taliban. The monthly figures for 2010 showed a steady upward trend of attacks (up 80 per cent overall in 2010), but then this trend flattened to very little change until the beginning of 2011, when they began climbing relentlessly upward climbing up until August. From September, the numbers began a steep downward trend, falling drastically from October to December of 2011.

The overall figures of casualties bounced upward in December after two suicide attacks during the Ashura celebrations in Kabul and Mazar-e-Sharif; Taliban initiated attac
ks increased by 19 per cent in the East from 2010 to 2011. Nevertheless, these occurred elsewhere in the provinces, and not in our target provinces in the south.

Furthermore, despite the suicide bombing in December, enemy-initiated attacks across the whole of Afghanistan for the whole of 2011 are 9 per cent lower than they were in 2010.

So what does this mean? It’s important to remember, from the point of view of science, one study like this doesn’t prove anything definitive. You have to repeat this experiment a number of times for show you have something that can be replicated.

Nevertheless, the results seem compelling, particularly when you consider that quantified our intention request – as we had in our 2008 Peace Intention Experiment for Sri Lanka. We asked that violence be lowered by at least 10 per cent. It’s worth bearing that in mind when you look at the data, which consistently shows changes somewhere around the 10 per cent mark.

Once we finally get the last bits of data, Jessica Utts will do the final time-analysis, to compare what did happen with what would have been predicted to happen, based on past figures. Statisticians find that kind of data particularly persuasive. 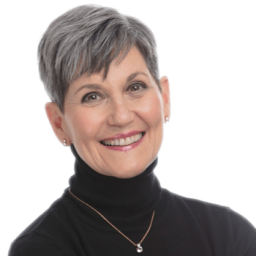 View all 572 posts by Lynne McTaggart