Marching - and speaking – together 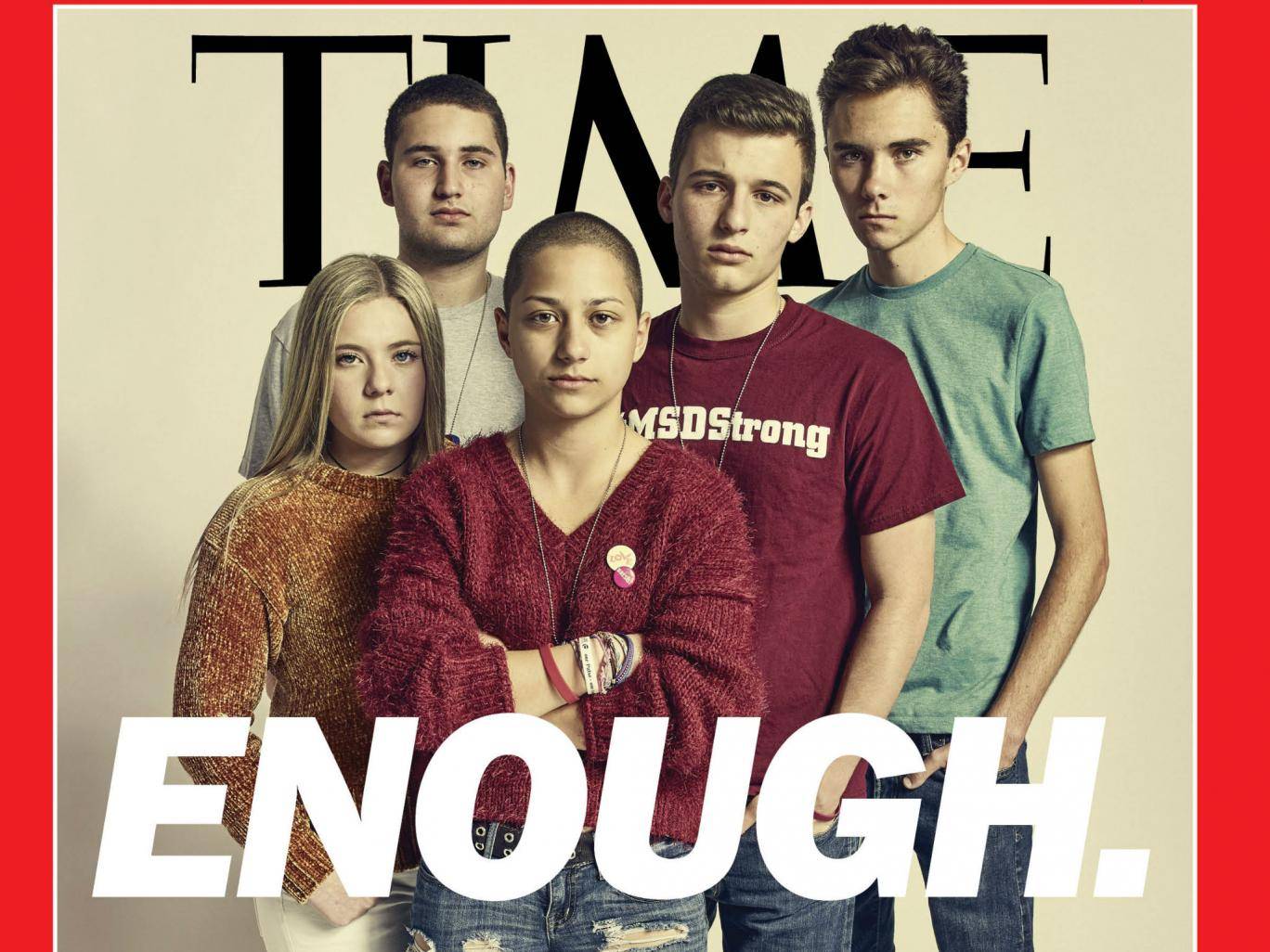 This weekend, an estimated half million people at very least– most of them teenagers – will be marching on Washington and many others in satellite marches all across America, all advocating for gun control, school safety and solutions to mass shootings.

As Time magazine wrote this week, it appears to all intents and purposes, as though a batch of 17 year olds has created one of the most powerful grassroots gun-reform movements in several decades.
Government fails to act
For years, after the Sandy Hook Elementary school shootings, in Newtown, Connecticut when 20 first graders and six staff members got shot, and many other mass shootings followed, Congress failed to pass even basic gun laws tightening loopholes.
This despite the fact that some 90 per cent of Americans – gun owners and gun opponents alike - agree on ‘common-sense’ solutions for gun laws.
Here’s the main reason: all the people in charge have a vested interest in keeping the gun issue a divisive and angry debate.
There are the politicians beholden to their campaign contributors; the lobbyists like the National Rifle Association, with an agenda; the partisan media, biased on both sides, more interested in sales and air time than finding truth.
In other words, all of the people who make our laws, create our opinions and feed us information stand to gain by all of us being furiously divided against each other.
The point is, most people have common values. Virtually all sane Americans would not like to have more mass shootings or to have children killed in schools.
We may have different solutions, but we all want the problem solved.
So here’s the most important point about tomorrow’s march: making sure Americans all march together.
How is that possible, with so many people so polarized?
We can take some instruction from another hot-button situation in America, from a few years ago.
When pro-life and pro-choice people came together
In December 1989, Laura Chasin, a family therapist in Cambridge, Massachusetts, was watching a rancorous debate on abortion between pro-choice and pro-life representatives. The argument reminded Chasin of some of the same kind of behavior patterns she regularly dealt with in her practice with dysfunctional families.
She wondered if some of the techniques that proved effective in therapy could also be applied to people whose political or social views were polarized.
Chasin enlisted friends and acquaintances on both sides of the abortion issue to meet in order to deepen their understanding of each other by changing the way they communicate.
She began holding meetings over buffet dinners, where the women could get to know each other before they disclosed on which side of the fence they stood.
In subsequent meetings, the women sat in a circle and took turns in a dialogue revealing their personal stories about abortion — the events in their lives that helped to shape their beliefs, the aspects of the issue they still wrestled with.
Shooting at a Planned Parenthood
Then in December 30, 1994, when pro-life advocate John Salvi shot dead two and wounded four others at the Brookline Massachusetts Planned Parenthood and nearby Pre-term Health Services, six leading figures from the Massachusetts Pro-life and Pro-choice movements, including the director of the Pro-life Office of the Archdiocese of Boston and the director of the Planned Parenthood League of Massachusetts, decided that it was vital that the two sides continue the dialogue.
The six women carried on meeting in secret for nearly six years.
Over time they learned to tone down inflammatory language like ‘murder” and learned to “speak in love, speak in respect, and speak in peace,” no matter how wide the differences.
Both sides joined forces to announce that the head of ProLife Virginia, who had sanctioned Salvi’s action as a “righteous deed,” was not welcome in Massachusetts.
In fact, the pro-life leaders created a hotline system to alert the pro-choice leaders of the possibility of further violence or physical danger.
At a service to honor the memory of the two who had been killed in the Salvi shootings, Gamble expressed gratitude of the “prayers of those who agree with us and the prayers of those who disagree.”
Winning the conversation
At the end of the six years, the group held a press conference. Members of the press wanted to know who had “won” the debate.
Each of the six announced that the process of the dialogue had helped them to become firmer in their own views about abortion.
Now that they had articulated why they believed what they believed, they believed what they believed even more firmly.
“So, it was a failure then?” asked a reporter.
“Oh, no,” replied one of the women. Although they had struggled with profound philosophical differences over the years, they had found the bond between them and discovered how to treat each other with dignity and respect. Now, you see, we party together. We watch each other’s children. We love each other.
Chasin’s dialogues worked because they focused on communication that reveals the back story of each person’s life — how they came to believe what they believe — and the power of deep sharing to create connection that always exists at that deeper level of being.
The Cambridge women deliberately avoided sitting across the table in a confrontational manner, as is usually the case in negotiating or decision-making, but sat companionably side by side, in a circle. They sought creative ways in which to work together — to offer better sex education to teenagers, greater help for teenage pregnancy, improved adoption programs.
However, the most important aspect of the dialogue was seeking the “pool of common meaning” – the common values that tie us all together.
On the gun debate, let’s focus on the one area we all can agree on: we don’t want more mass murder and children shot. That single common value and the space of our common humanity can help all Americans to rally together.
May as many gun owners as gun-control advocates join hands tomorrow. 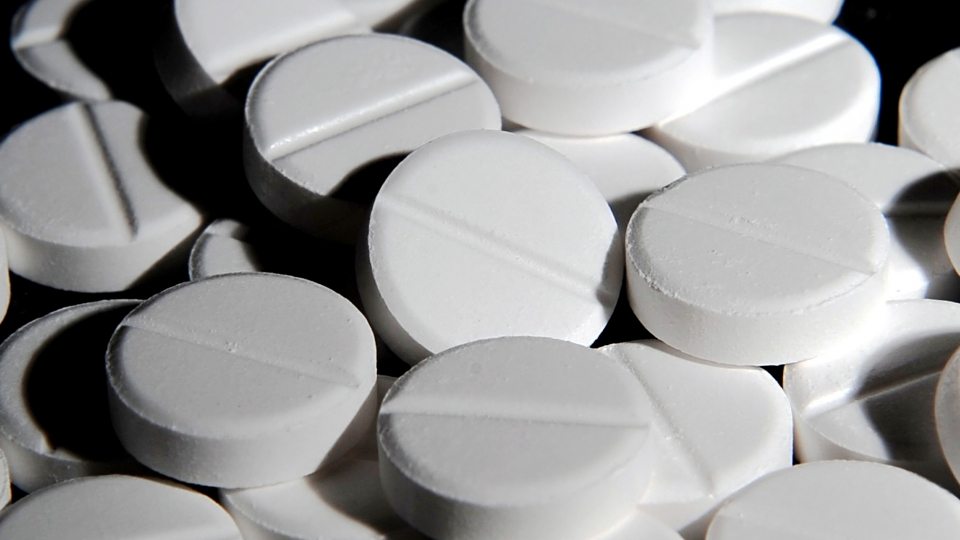 Discover what works (and what doesn’t) for heart disease, depression and more