How to stop growing terrorists

How to stop growing terrorists

What on earth possesses someone to become a suicide bomber or a terrorist?

For years I’ve been mystified about the thought process of, say, a Palestinian like Hanifah, beautiful and intelligent, a woman with a law degree, a one-year-old daughter and everything to live for, when she walks into the Israeli school gymnasium, where she worked as a teacher’s aid, and detonates the bombs strapped around her body, killing three children and injuring five others?

Not long ago I read a sentence that went a long way toward offering some sort of explanation.  It was in the book Talking to the Enemy, in which its author, anthropologist Scott Atran, convincingly argues that it has nothing to do with religious reasons per se.

Their entry into the group depends on the enormity of the sacrifice they are prepared to make. And a strapping on a belt filled with TATP is their “commitment cost” of acceptance.

In Hanifah’s case, she was approached by the terrorist cell to which her brother belonged, and asked if she was prepared to be a martyr and kill the persecutors of her people. Without hesitation, she agreed.

It’s a similar situation with violent gangs in ghettos like Watts in California:  a thwarted manifestation of the very human need to belong.

“They have an instinct toward oneness, which is why they form gangs,” says Nelsa Libertad Curbelo Cora, a peace worker with young gang members in Guayaguil, Ecuador’s version of Watts.

The power of belonging

Besides food and shelter, possibly our greatest need is a sense of belonging. Humanity is profoundly tribal; we feel most at home in small clusters in which we are a part of the whole. Indeed, so primal is the need to belong that ostracism is one of the most unbearable situations human beings endure.

This most primal of human urges — not to stand apart but simply to fit in, particularly with the people who immediately surround us — may well be so necessary to our existence that not satisfying it can be a matter of life or death.

If terrorism is tribal and all about belonging, how do we prevent young people like Salman Abedi from becoming radicalized? How do we turn around this monstrous perversion of a very human need?

For answers, I turn to Orland Bishop, who is teaching rival gang members like the Crips and the Bloods in the Watts ghetto in California how to coexist.

Bishop holds five-day residential retreats in northern California, deliberately moving young members of both gangs away from familiar territory and using ceremonies and rituals to shake the young men out of their ordinary patterns of behavior.

During unstructured discussions, he asks the group provocative questions — “When did you begin to feel exiled from any chance to be what you really wanted to be part of?” — to spur the young men to share their personal histories. Most are shocking, and the young people still very raw from them.

“Often a wound drives a young person to the gang experience,” says Bishop. “They think they need an enemy to be themselves.”

A new kind of sharing

Bishop coaches the young men in the art of deep sharing about their painful pasts. The very intensity of the experience lends itself to the establishment of new alliances and a larger vision for the future. “They begin to understand that, if they unite in creativity, they expand,” he says.

In Watts, the Crips and the Bloods enjoyed a twelve-year truce, presently being renegotiated, and Bishop’s organization ShadeTree includes a number of young men who were in rival gangs now working together.

Similarly, in Guayaguil, peace worker Nelsa Cora has taught young people in street gangs to transform this need for connection away from violence and into small businesses: printing businesses, music studios, pizzerias. The Barrio is now known as Barrio de Paz — Peace Town.

For the ISIL terrorists, I would turn to Dr. Salah Al-Rashed. A Kuwaiti from a prominent Arab family, Salah has single-handedly pioneered the human potential movement in the Arab world. He’d been educated in the United Kingdom and the United States, and after receiving his doctorate in America, he’d returned home to set up a center and share what he’d learned from the West, offering workshops and training programs on self-development and spirituality.

Besides being the Deepak Chopra of the Middle East, Salah is also a well-known peace activist, calling for peace in places like Palestine at a time when others in prominent positions like his demanded reprisal and continued conflict.

In 2010, Salah started the Salam (Peace) Group, which presently had thousands of members and groups in forty Arab cities throughout the Gulf, from Gaza and Cairo to Riyadh and Abu Dhabi, each group meeting every week either in person or on the internet to send prayers for peace.

In Salah’s view, you need to give vulnerable young people another tribe to belong to.

I’d start with him, or even the remarkable Colin Parry.  In 1993, Parry’s 12-year old son went out to buy football shorts and was blown up in an IRA bomb.  Parry and his wife transmuted their overwhelming grief into the creation of the Tim Parry Jonathan Ball Centre for Peace (Jonathan Ball, aged 3, also died in the blast), where they work with to promote peace and accord.

It was Parry’s working alongside ex-IRA leader Martin McGuinness and putting a human face to the IRA’s bombing victims, in part, that caused McGuinness to acknowledge remorse for past acts of terrorism and accelerate the peace process.

After Manchester, when asked how to stop young people like Abedi from becoming radicalized, Parry had just one simple answer: “Send them to me.” 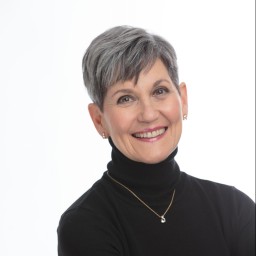 View all 92 posts by Lynne McTaggart

One response to “How to stop growing terrorists”

You can connect with Lynne via Laura Ortiz: laura@wddty.co.uk